NEW YORK—Between cups of coffee and a stroll in the park, Dmitri Levkovich practiced Chopin on his piano. Just playing a few phrases, he induced a quiver of delight that instantly filled his cozy apartment, nestled in Upper Manhattan. You could imagine how this emerging pianist could easily transport audiences in fully packed concert halls.

When he performed recently for Europe’s premier cultural TV channel, ARTE, he was introduced as “a thundering virtuoso” by the beloved tenor Rolando Villazón, no less. “Your whole soul sings when you play the piano. We are very grateful,” Villazón, the host of the program “Stars of Tomorrow,” told Levkovich.

To engender that kind of impact with such ease, however, requires unrelenting dedication. “There is no art without sacrifice,” Levkovich said, standing by his electronic baby grand piano.

“As a pianist, you have to put so many hours into preparing for a program. … I feel responsible for my audience, so when I perform I am in touch with my feelings as much as possible. I strive to be possessed by the music—in the sense that the music takes over my body and I am one with the whole experience. That’s how I invite my audience to share the experience,” Levkovich said.

Taking some respite after performing for ARTE TV in Germany, performing at the Ravinia Festival in Illinois, and winning the first prize in the NTD International Piano Competition in New York (his 19th competition win), Levkovich spoke candidly about his life, music, and the challenges he faces as a performing artist. 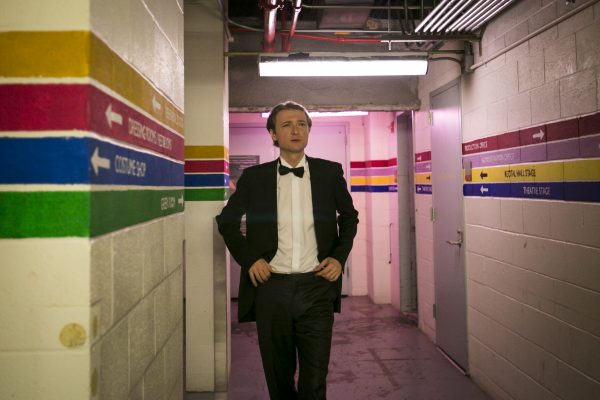 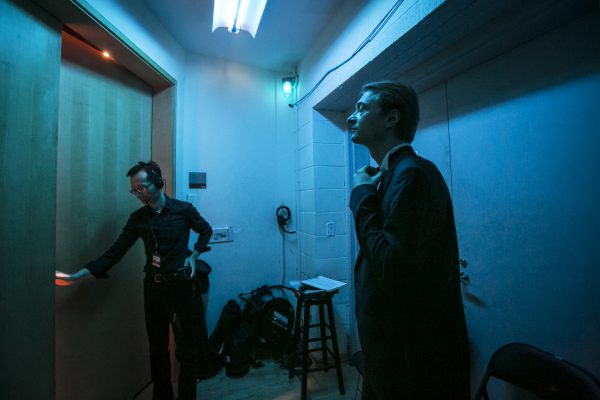 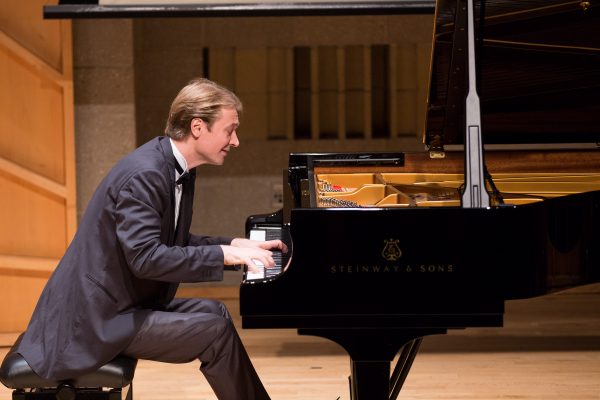 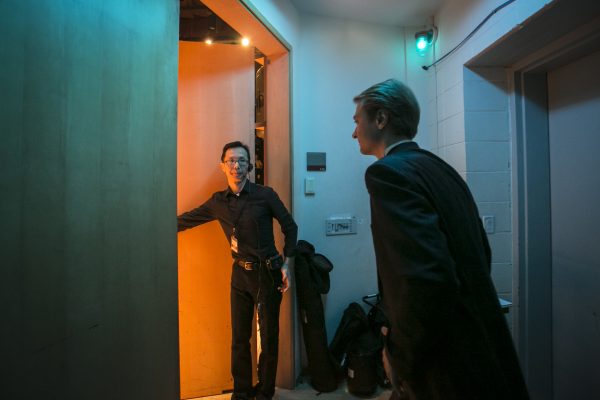 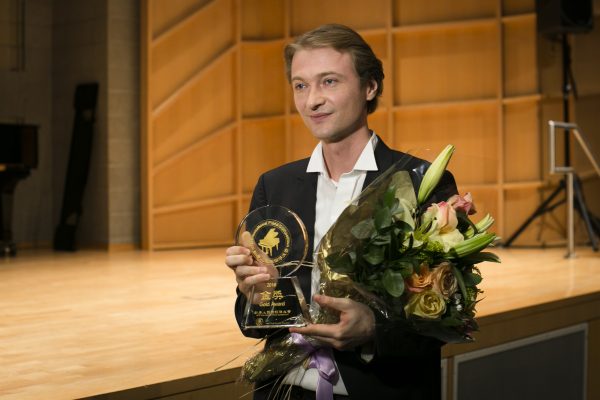 Given the abundance of talented pianists today compared to the number of classical music concertgoers, the competition is extraordinarily high. Levkovich can play equally well on the brighter New York Steinway or the warmer, more sensitive Hamburg Steinway. That has given him a slight advantage in winning piano competitions. Although he finds any competition to be very stressful, he almost feels obligated to participate because it gives him opportunities to perform and to become more known.

He has performed in Carnegie Hall, the Théâtre des Champs-Élysées, and the Mariinsky Concert Hall, among other great halls. Yet no matter where he has performed so far, how sharp he looks in a tuxedo at the piano, or how much his biography impresses—for the time being, he can only afford an electronic piano for practicing between concerts.

“Most young pianists can’t afford their own pianos,” he said. “It’s a difficult profession and it’s quite incredible—it’s quite an achievement to even be able to survive solely on performing, which I still manage to do.”

Listening to Levkovich play in person, even for just a few phrases of Chopin, or listening to his “Rachmaninoff 24 Preludes” CD, you get a sense that he was born to play the piano. In fact, he was exposed to Brahms in the womb; his mother is a pianist, as is his father, who is also a renowned composer. His grandmother was a coloratura soprano.

Immersed in a musical family, he started playing the piano when he was 3 years old, and went through a pivotal shift by the time he was 8.

“I threw enough tantrums until my mother just gave up and told me I don’t have to practice anymore. Suddenly, for three or four hours I existed in a different dimension where I was a free human being. Those hours of my life were just wonderful! Then I realized I missed the piano, and from my own desire I started playing the instrument. After that, I never felt I needed to be told to practice. It was my own choice,” he said.

His family migrated from Ukraine to Israel around the time the Soviet Union collapsed, then later settled in Canada. Levkovich later moved to the United States to study composition at the Curtis Institute of Music in Philadelphia and piano at the Cleveland Institute of Music with the critically acclaimed pianist Sergei Babayan for 11 years. Babayan instilled a strong sense of forbearance and reinforced Levkovich’s deep love for music.

Levkovich’s piano playing matches his demeanor—an amiable mix of humility and ambition. He plays every musical phrase, clearly with just the right degree of embellishment, rendered with a wonderfully calibrated mix of intense passion and lightness.

He pushes himself like an Olympic athlete, wanting to play pieces flawlessly even if he were woken up in the middle of the night and asked to perform a piece of music while half-asleep. “What you have to expect from yourself should be almost unrealistic, to get fine results,” he said.

When he prepares for a concert, he will practice the difficult parts of the repertoire twice as fast. That way, while performing, he does not feel like he’s playing at the limit of his dexterity and has more freedom to vary the tempo as he gives his interpretation.

“There are so many ways to shape a phrase. You can practice it 10 different ways and come up with a multitude of options. Then on stage, it’s a matter of picking the right option in the context of what is happening before and what is happening after each moment—also depending on the sophistication of your taste,” Levkovich said.

The conditions for each piece and each concert are always unique. “You are creating this piece from the first note to the last, and you don’t know where it’s going to take you. … Chopin used to call it ‘searching fingers,'” Levkovich said.

He has received consistent compliments for sounding unique and honing his interpretations quite differently for each composer in his repertoire: Beethoven, Brahms, Chopin, Mozart, Liszt, Prokofiev, Rachmaninoff, and Tchaikovsky, among others.

What you have to expect from yourself should be almost unrealistic, to get fine results.— Dmitri Levkovich

Levkovich periodically asks himself how he wants to develop his repertoire and how much time he wants to dedicate to each composer. “I always listen to my intuition,” he said. “When I love a certain piece of music, I have to at least learn the notes and try it at first. Then I know it will take years of me playing many more pieces of that same composer for me to get to where I want to be.”

While some pianists may hide their lack of talent, ironically, by playing obscure or complicated pieces, Levkovich finds Mozart most challenging. On the surface, it may be easier to show off, so to speak, with a complicated dissonant piece for example, than it would be to play a clear classical piece.

“One of the most difficult things to accomplish on the piano is to play a simple melody organically—so that it is fulfilling enough,” he said. “That’s why Mozart is so difficult to play, because he’ll often have two lines and that is all. You’ll have enough time to [make] every note [meaningful].

“It took me a while to start feeling comfortable playing Mozart’s sonatas. His concertos were easier. You feel like you’re on a cloud of orchestral sound and very often you have just one line happening with the right hand.”

The Russian pianist, composer, and conductor Anton Rubinstein once said, “The soul of the piano is in the pedal,” but with Mozart, there isn’t much opportunity to use the pedal—to open up all the richness of harmonics and overtones in the piano. “You have to find a way to play soulfully without the pedal,” Levkovich said. “It’s like mastering a different language, in which you have to find a different way to really speak from your heart.”

As a performer, Levkovich’s ultimate goal is to be fully present, without any worries or notions while playing something like a Mozart sonata, so that it doesn’t become predictable even if it has been played a million times before.

“I think there have been times when I knew I really got it. I cannot fool myself; I know when it’s happening and when it’s not,” he said.

“What inspires me is my love for music, which has been with me since I was a child. … There are obstacles, but what’s important in this profession is having the will and the perseverance—to dedicate as much time as needed—so that eventually the love for the music that you discovered as a kid eventually is heard in every note you play. No matter how long it takes,” Levkovich said.

“This Is New York” is a feature series that delves into the lives of inspiring individuals in New York City. See all our TINYs at epochtim.es/TINY, or follow@milenefernandezon Twitter.

David Fray, a Most Inspired Pianist

Pianist Hélène Grimaud on Her Tribute to Water

Pooja Mor on Modeling Life, New York, and What Keeps Her Grounded